The FEDERAZIONE ITALIANA ESCURSIONISMO was born at the end of the last century (1898) as the Federatione Alpinistica Italiana (FAI) that, in 1919, became Italian Alpine Federation (FAI) and in 1923 had a new name “ Confederazione Alpinistica Escursionistica Italiana” (CAEN).
Finally in 1927, was founded the FIE and its activities in 1946, after the forced closure of the fascist period, is recognized throughout the national territory as moral institution.
The President of the Italian Republic, by decree of 29 /11/1971 no. 1152 recognize her legal status. Actually FIE has more than 200 associations and Italian groups, with over 15,000 affiliated associations, which organize National and European excursions, and domestic travel in the world, cultural encounters, gears of regularity in the mountains, ski races, courses for excursionist guides with inscription in the National Register, design and construction of trails as well as European trails, in accordance with the FEE, which is an affiliate since 1972, the only representative in Italy. 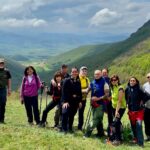 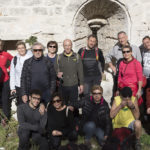 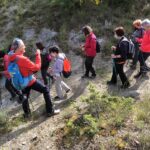